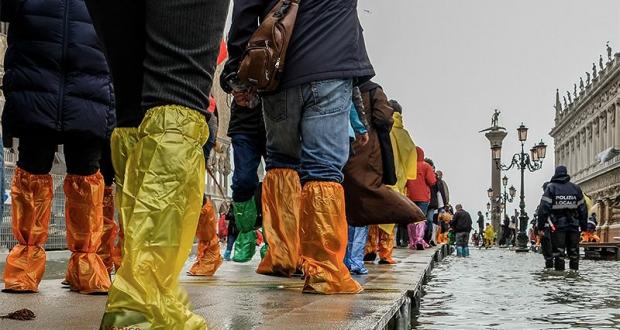 Instead, researchers suggest injecting fluid cement or water below ground to lift the entire city.

by Lou Del Bello – An ambitious plan to prevent the Italian city of Venice from being swallowed by the sea could spell disaster for the lagoon that surrounds it.
MOSE, for Modulo Sperimentale Elettromeccanico (Experimental Electromechanical Module), which is in the final stages of construction and is expected to be completed in 2022, would consist of a complex network of 78 flap gates designed to separate the lagoon within which the city sits from the Adriatic Sea.

But based on recent modelling studies, as sea levels keep rising, MOSE will become less effective at preventing flooding in the city without compromising the lagoon’s delicate ecosystem.

The environmental impacts of the €6 billion (US$6.5 billion) project have been a sore issue since its conception in 1992. MOSE has come under renewed scrutiny in recent weeks, following exceptionally extensive flooding this October that submerged large parts of the city in 156 centimetres of water, and the release of new data and simulations highlighting the city’s vulnerability to the rising sea1.

Researchers now say that MOSE’s monumental structure, whose gates elevate to provide an artificial barrier to the sea to stem unusually high tides, would damage the lagoon’s ecosystem and the maritime economy in just a few decades.

Luigi D’Alpaos, a hydrologist at the University of Padua in Italy, says that the problem is not the structure itself, but the number of times that the gates would need to be closed when the sea level rises and exceptionally high tides become more frequent.

D’Alpaos simulated the potential outcomes of different sea levels by looking at all high tides between 2000 and 2012. Earlier this year his team found that with a sea-level rise of 50 centimetres — a level predicted by the latest Intergovernmental Panel on Climate Change (IPCC) report — the lagoon would be closed for up to 187 days each year, occasionally for weeks at a time. This would quickly deplete oxygen from the lagoon, they say, and in turn, the populations of fish and many bird species nesting in the area, such as flamingo, peregrine falcon, black swan and cattle egret.

“To save the lagoon, we would have to open the gates — removing the only barrier against flooding,” says D’Alpaos.

To avoid oxygen depletion, the Venezia Nuova, a consortium tasked with the implementation of the project, says MOSE will be activated only on days when the water level rises 110 centimetres above average.

But this measure is unlikely to spare the city from regular flooding, say scientists, including D’Alpaos. Floods caused by water levels between 70 and 100 centimetres above average are common, and inundate the city’s iconic Saint Mark’s Square and other attractions for hours.

The most recent floods this October lasted for 30 hours. Had MOSE been active, the gates would have been raised for 20 hours during those floods, says Monica Ambrosini, a spokesperson for the Venezia Nuova consortium. Models show that future floods are expected to occur more frequently and to last for days at a time, which would require longer closures.

Andreina Zitelli, an environmental scientist at the University of Venice, who has criticized MOSE’s green credentials, is one of several people who have been exploring alternatives.

One such proposal, originally dating back to the 1970s, involves injecting fluid cement, or even water, beneath the city to raise it above floodwater thresholds. Officials tested this technique on the small island of Poveglia in the Venetian lagoon in the 1970s. It successfully raised the island by ten centimetres after workers injected a cement compound ten metres underground.

The science behind this idea is solid and widely tested by oil companies all over the world, says Georg Umgiesser, an oceanographer with the Italian National Research Council, in Venice.

“The case of Venice would be more complex, because the city has a fragile structure and has already experienced 25 cm of subsidence, so any intervention should correct that problem first,” says Umgiesser. He adds that too much money and time have been invested in MOSE to abandon the project now, “but once it’s completed, at that point we can think about something else”. 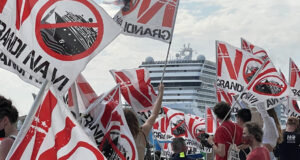 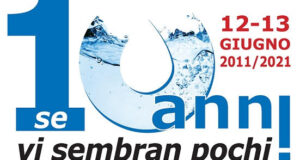